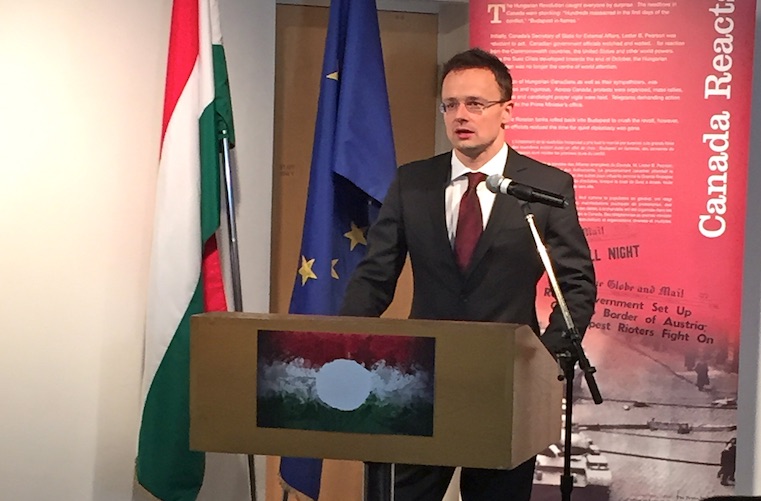 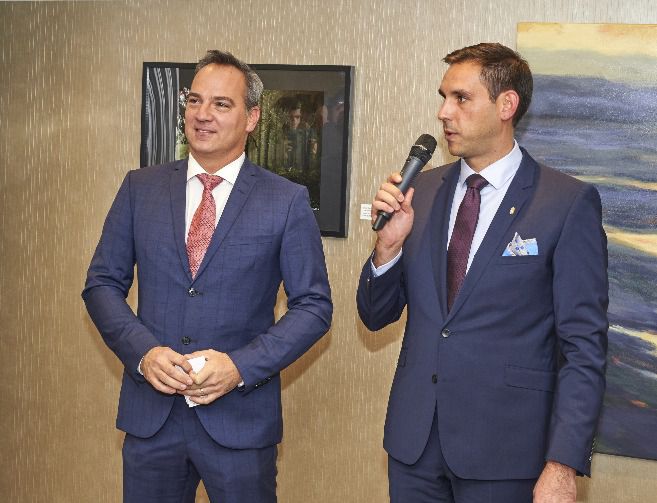 Hungarian Visual Artists of Canada consists of a group of artists who joined together to promote their work, interest and participation in contemporary visual arts, to encourage each other and to hold exhibitions in Canada and abroad. Among our members are painters, sculptors and photographers who work in various media.

Some are professionals who make their living from their art; others have occupations unrelated to art and for them, it is solely an activity of love. For all of them, the brush, the chisel or the camera are means to express their ideas, feelings and to record their unique personal observations.

We believe that art builds bridges between people, generations and nationalities. It serves as a common denominator among all groups. Art opens people’s minds to new possibilities and provides a foundation for shared experience. 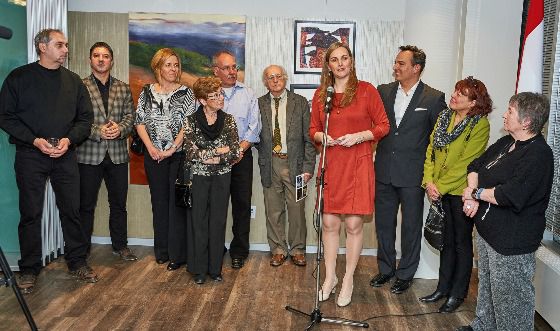 Hungarian Visual Artists of Canada began as an idea of a group named The Thousand Year Committee. This fourteen member Committee, formed in 1999 in Toronto, was chaired by Agnes Somorjai. It decided that an art exhibition of Hungarian Canadian artists in Canada would be one of the ways to celebrate the 1000 years of Hungary’s foundation.

The artists called themselves Hungarian Visual Artists of Canada (HuVAC) and elected as their first president Charles Staffer. There were twenty six original artists in the organization. All the visual arts were represented: painters, sculptors, photographers, ceramicists and textile artists.
The first show was held in the fall of 2000 at the Living Arts Centre in Mississauga, Ontario. In 2001, the exhibition titled “Between Two Homelands” visited Budapest and was displayed at the Magyarok Háza.

Then in 2005, HuVAC again went to Hungary with a travelling exhibition and appeared in galleries in Miskolc, Debrecen, Székesfehérvár and included the Magyar Kultúra Alapitvány on the Várhegy in Budapest.

Since 2000 HuVAC has grown with new members and non-artist supporters. About a third of the original members are still participants. While most of them live in the Greater Toronto Area or elsewhere in Ontario, HuVAC has welcomed artists from across Canada. Our HuVAC association has been guided by the members of the association. We would like to thank the Presidents of HuVAC Charles Staffer (2001-2005), Eva Bell-Szilagyi (2005-2007), Nandor Horthy (2007-2012), Attila Keszei (20012-2013) and Gabor Schultz (2013-present).

Hungarian Visual Artists of Canada has maintained its focus on its main goal, that of bringing together artists with a Hungarian background to show their works to the public. At the same time, it cultivates a friendly atmosphere where artists may meet and socialize with guests and each other.

2020 marks the twentieth anniversary of HuVAC. This beautiful album presents the creative efforts of original and newer artists as well as a few non-members. The executive and all the contributing artists hope that you enjoy this special collection representing two decades of love and pride. 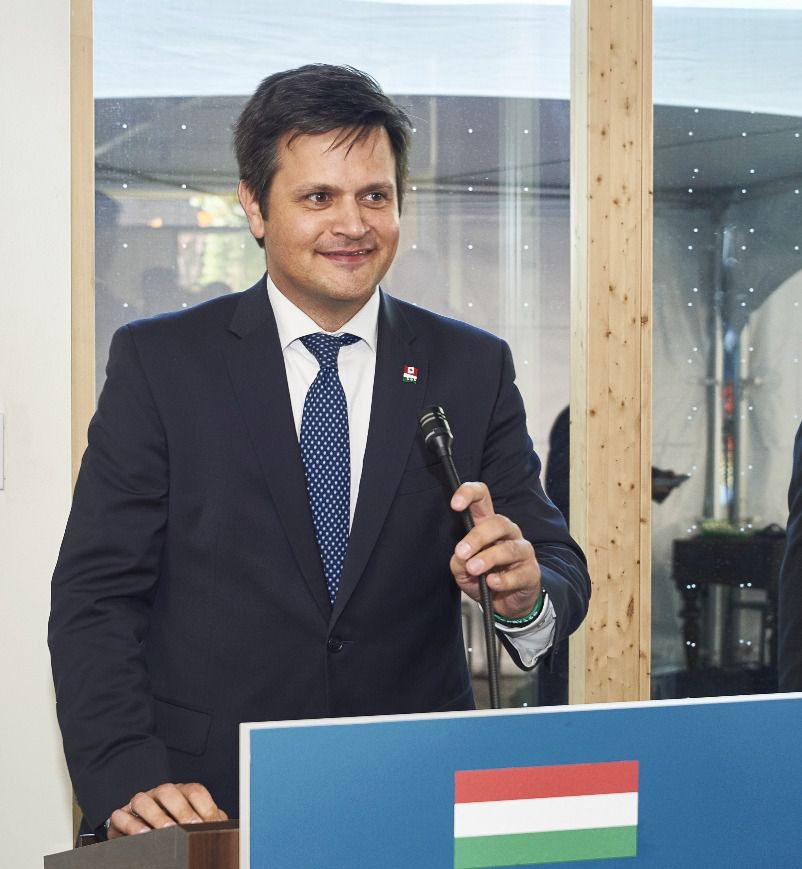 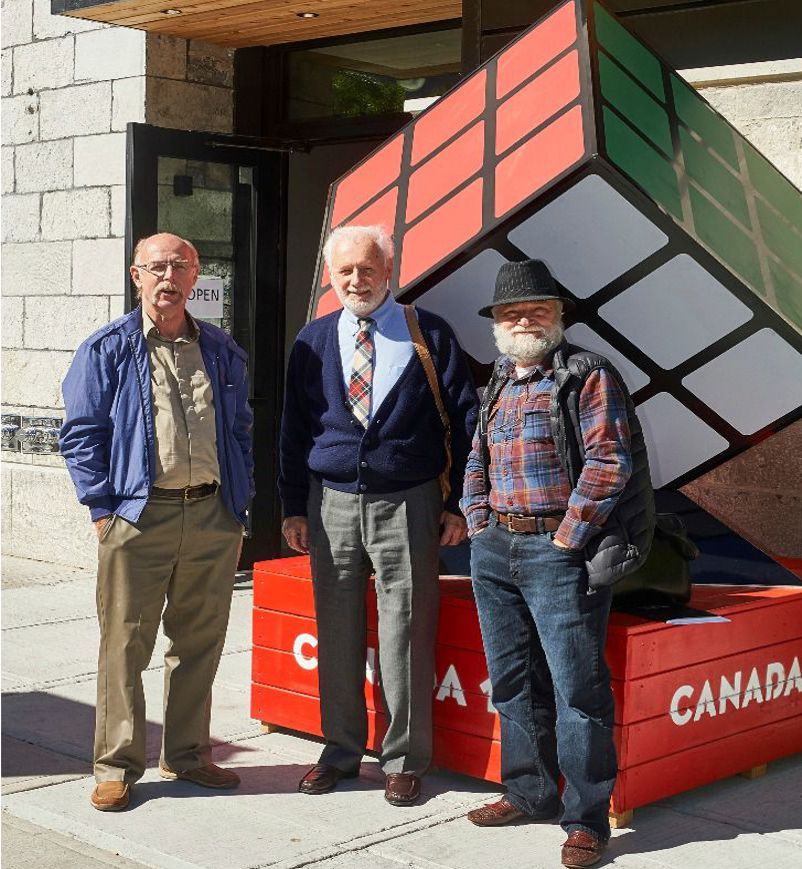 Balázs Kralovánszky, Péter Cserháti and Attila Keszei are in front of the Hungarian pavilion in Ottawa.

Pictures at the Exhibition 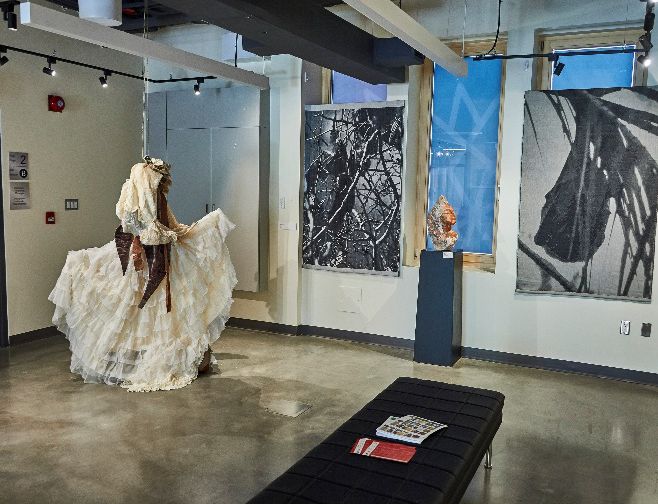 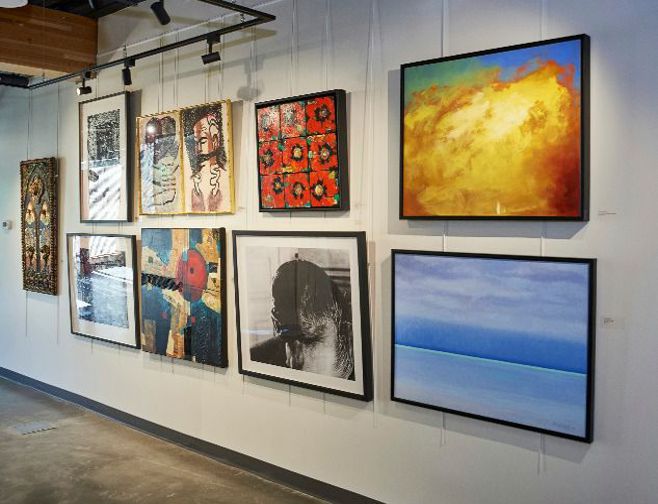 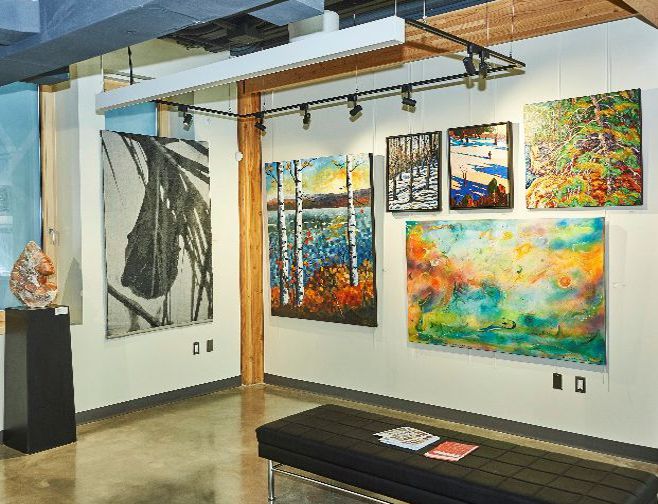 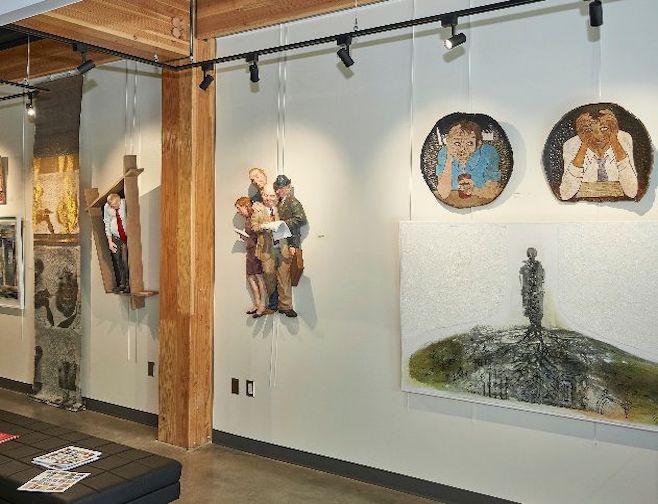 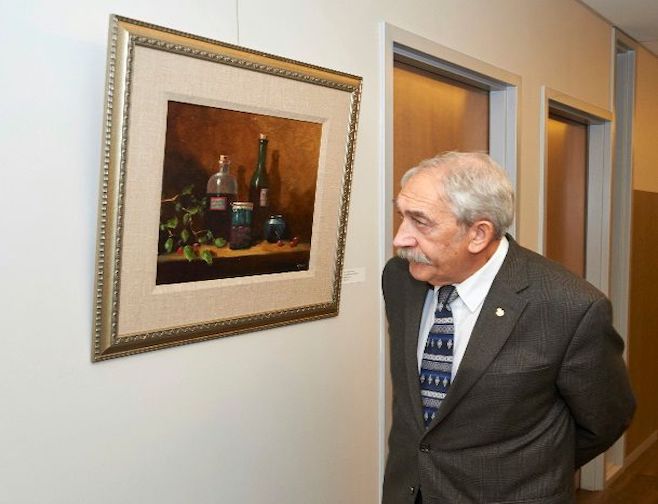 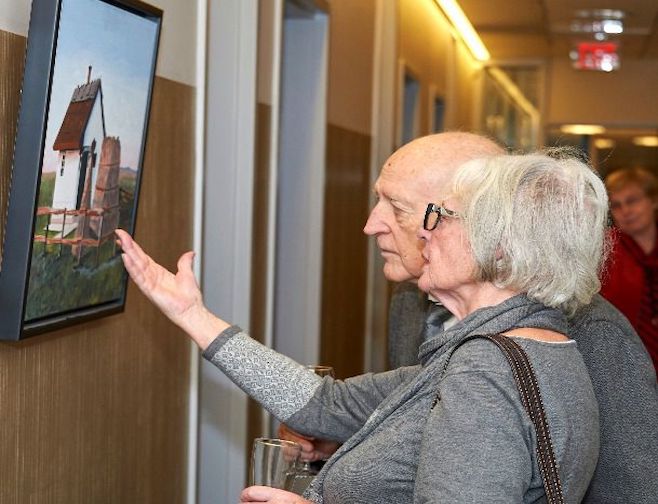 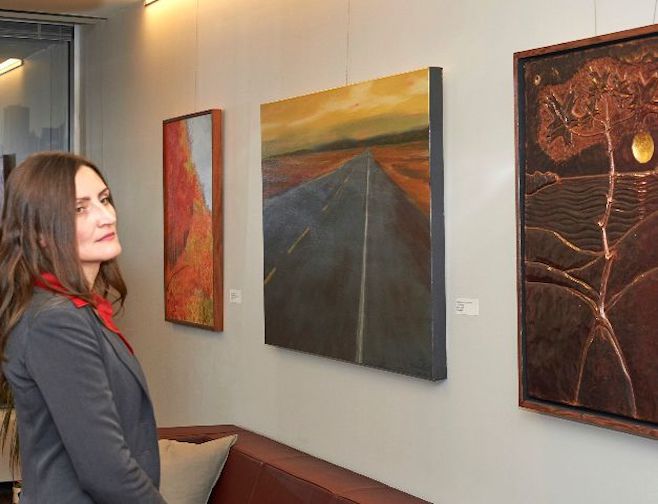 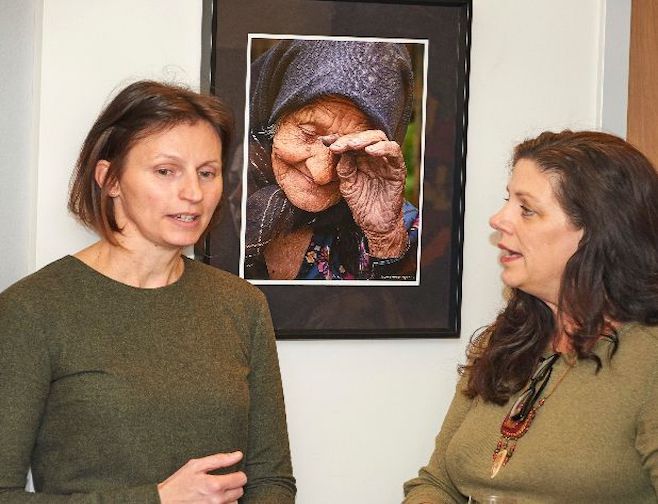 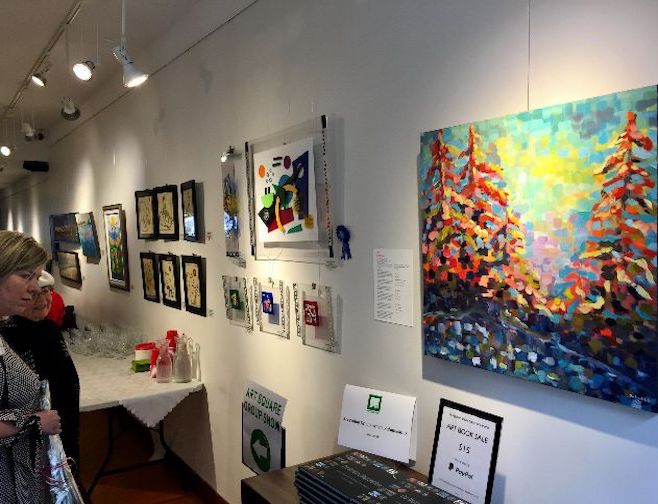 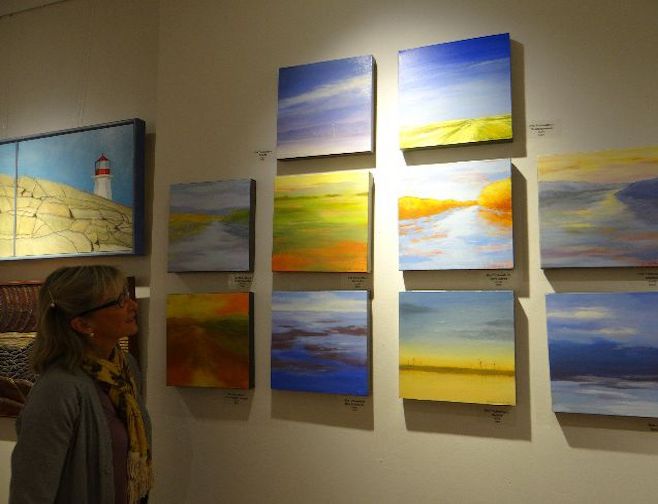 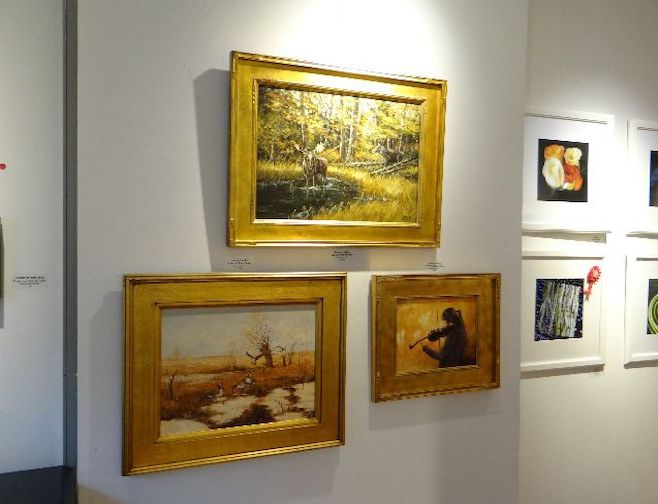 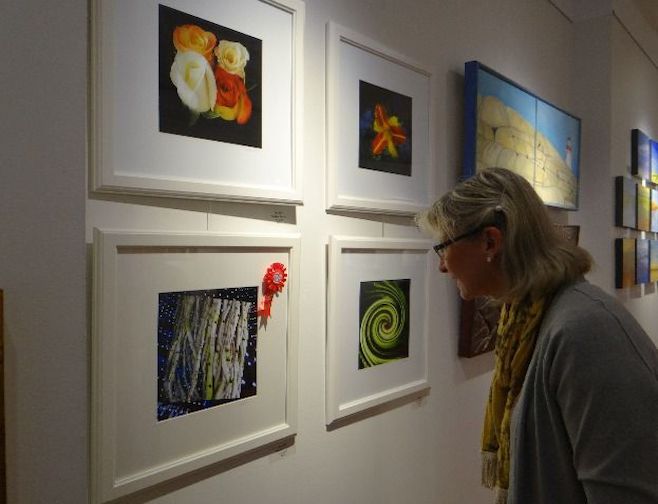 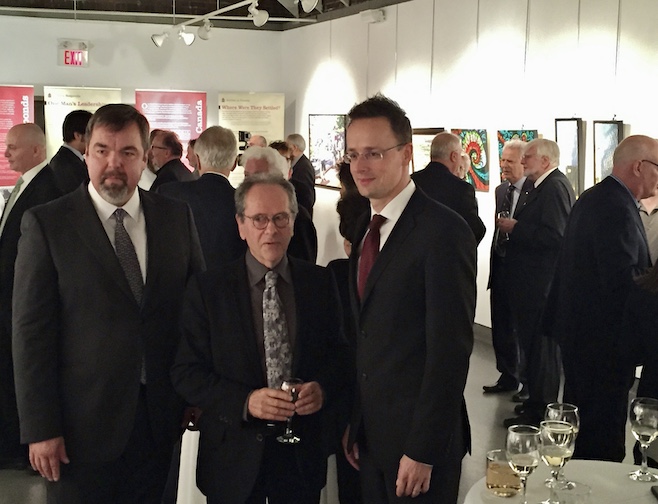 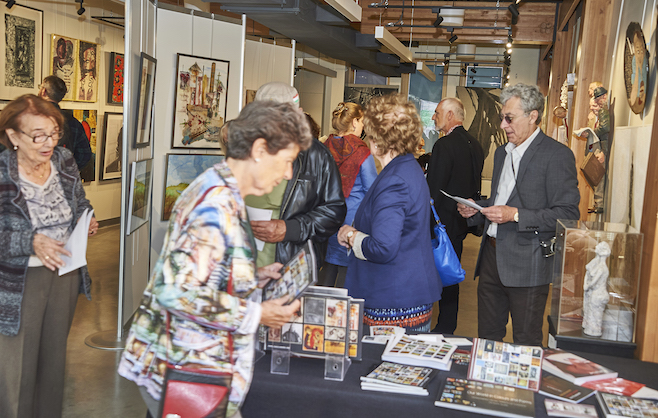 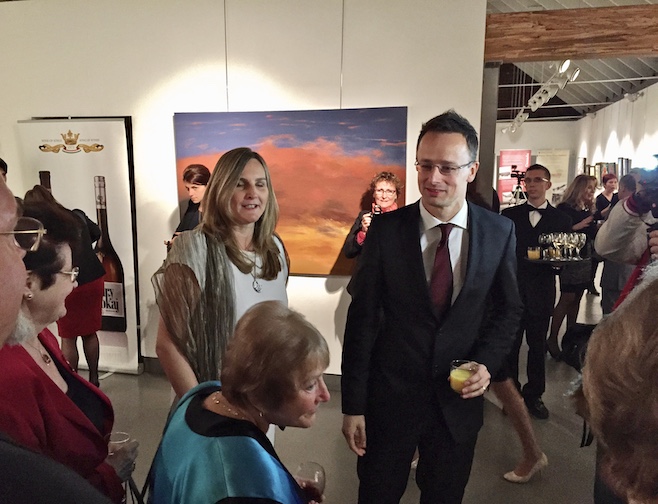 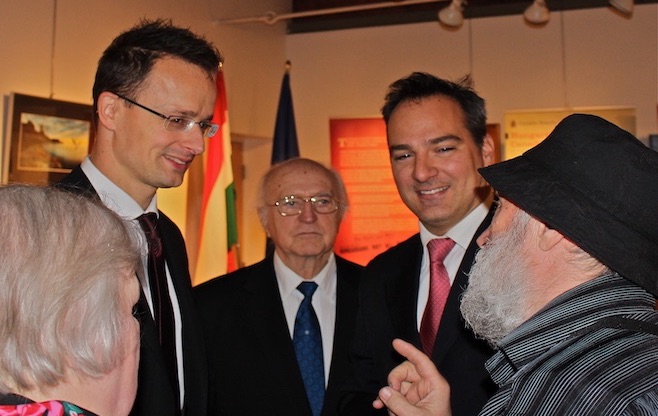 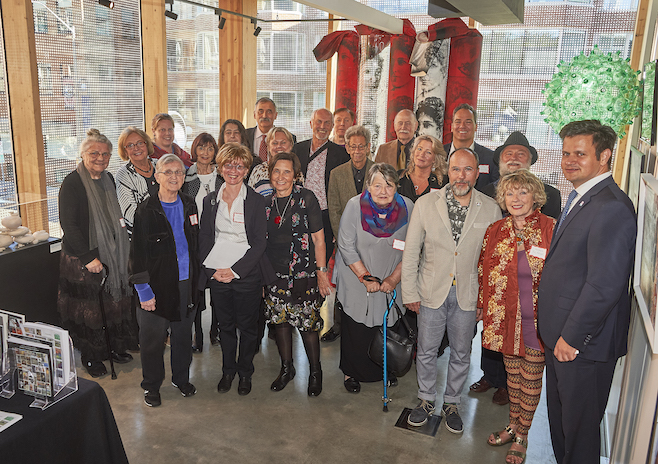 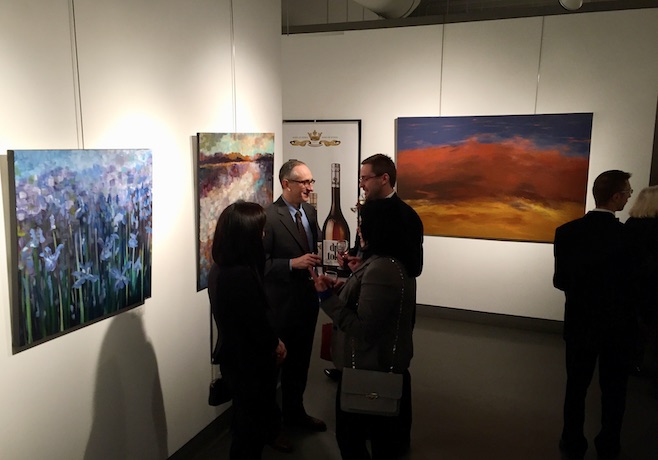 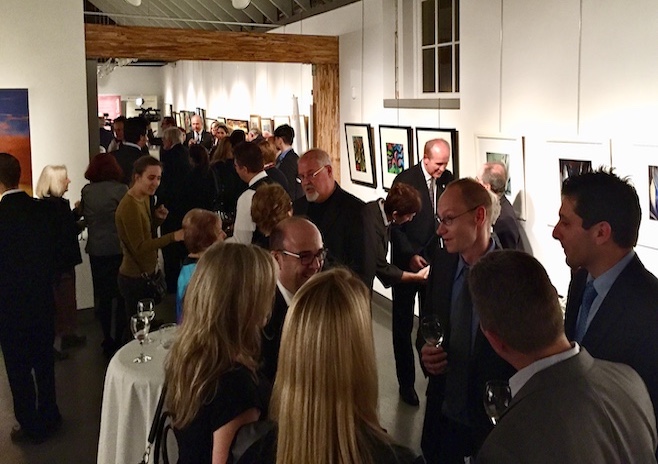 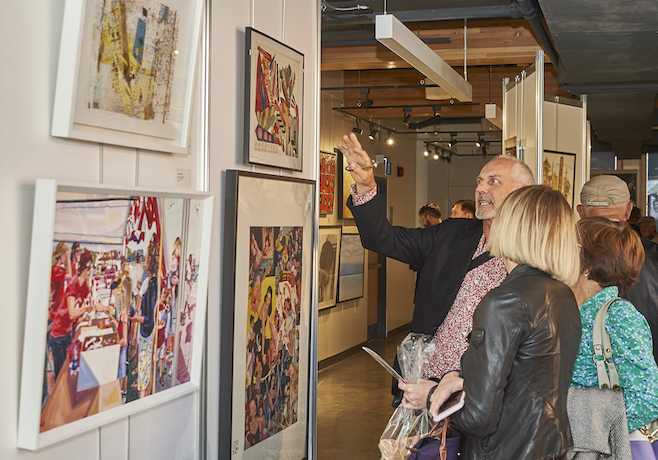